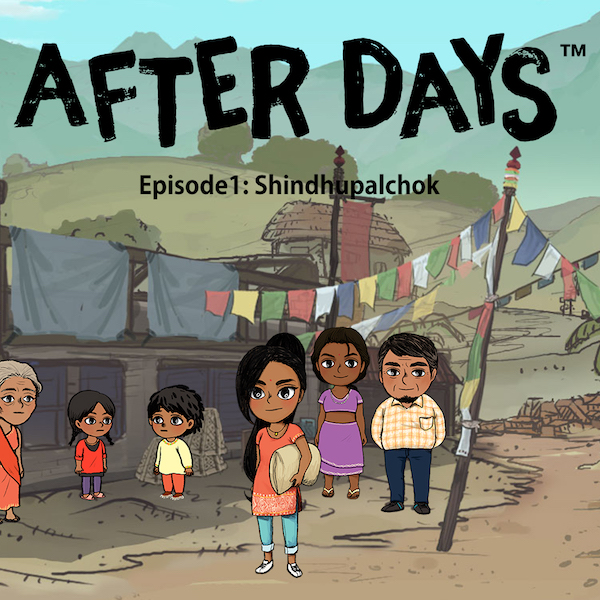 My friend Do Minseok - whom I studied with in South Korea - started a game production company with a focus on doing social-good. He makes games to inform gamers about, and raising funds for, important causes worldwide. He called me and asked me to write the music for his first game: After Days.

At first I was a bit hesitant. The game is set in Nepal and gives gamers a glimpse into life during and after the tragic earthquakes that devastated the country a few years ago. My main concern was that I didn’t have sufficient knowledge of Nepalese music and didn’t want to do the all too common ‘White guy does crappy version of another culture’s music’ thing. In the end I agreed to work on the project, as I believed the general good it was doing was important and as a pro-bono job I wasn’t taking a gig away from a local talent.

I didn’t want to copy Nepalese music, but did want to keep the harmonic structure and instrumentation close to music from the region for the title track. I ended up writing half a dozen tracks for the short mobile game. The game has gone on to win a bunch of prizes in Korea and is available on the google play and apple app stores.